David Chalk joined the Livery in 1986 and spent a few years on the Charities Committee and 10 years as a governor of Thomas Adams School, Wem in Shropshire. He was elected to the Court in 2008 and since then has served as a governor of Howells School in Llandaff and as Chair of the Thomas Howell Education Fund for North Wales.

David’s career has been in marketing services, particularly in research and strategy with a focus on the older demographics. Five years ago, he started a domiciliary care business in the South West. This led to him becoming a director of the UK Homecare Association which has been both intense and fascinating during the Covid pandemic.

David is married to Miranda , has two grown-up sons and lives near Cirencester. Any spare time gets taken up with house renovation, gardening and, if he’s lucky, fishing.

Stuart Shilson became a Freeman of the Company in 2005 by Redemption, was called to the Livery in 2008 and was elected to the Court in 2014. As a nominee of the Drapers’ Company, he served for a number of years as a Trustee of Whiteley Homes Trust, a unique retirement community in Surrey.

Stuart is Chair of Goodenough College, London, Chair of Bridges to Prosperity UK (a non-profit organisation that helps build footbridges around the world to connect isolated rural communities to essential services), a Trustee of the British Red Cross and a Senior Partner of McKinsey & Company.

Stuart was for some years a member of the worldwide governing body of the Order of St John where he helped establish an innovative maternal and neonatal care programme in a number of African countries. He has also been Co-Chair of the Global Infrastructure Initiative, has a particular interest in supporting people dealing with disasters and emergencies and has been closely involved in the UK’s response to COVID-19.

Stuart graduated from Balliol College, Oxford with a First-Class degree in Mathematics and Philosophy. He earned an MSc and an MPhil from Oxford and Cambridge and after a number of years as a barrister, he joined McKinsey. Between 1999 and 2000 he was a Senior Civil Servant in the Cabinet Office and from 2001 until 2004 he was Assistant Private Secretary to The Queen.

Stuart is an Honorary Steward of Westminster Abbey, a Deputy Lieutenant for Greater London and an Assessor for the Queen’s Award for Voluntary Service. 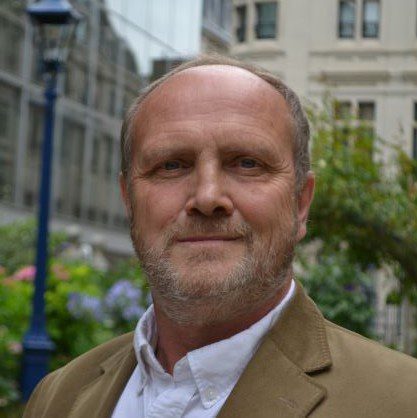 Following appointment to the Drapers’ Court in 2013, Tom was the founding Chair of Governors for Drapers’ Maylands Primary School and as Chair of the Hall and Major Works Committee has overseen the representation of the Livery Hall.

Tom is married to Alison and they have a 17 year old daughter Heather. His interests include garden landscaping and watching Heather play hockey and cricket at a rather decent level.

William is a corporate lawyer with a broad practice advising on initial public offerings, takeovers and private equity transactions.  He enjoys the challenge of advising a variety of clients on a range of corporate transactions and issues and has experience in many sectors, with particular expertise on the financial sector. He joined the Drapers’ Company in 1997 and in 2010 was elected as a member of the Court, he was Master of the Company from July 2016 to July 2017 and is currently Chairman of the Finance and General Purposes Committee and the Wine Committee and for the year through to July 2022 will serve as Renter Warden.

Luke Savage first joined the Drapers Company in 2013 as a freeman by redemption, subsequently being called to the livery in 2018.  On first joining the company he served as one of the Drapers’ Council members at Queen Mary University London and subsequently became the university’s honorary treasurer.  He has also served on the Drapers’ Investment Committee.

Luke built his career in the financial support of financial services, holding a number of senior positions across banking, insurance and asset management, culminating in being the CFO of Standard Life before taking a step back to become a pleural Non Executive Director.  He currently serves on four boards including chairing one listed company.

Luke is married to Diana and they have two grown up children, Annabel and James.  They split their time between Blackheath (in South East London) and Bosham (on Chichester harbour).  Luke is a keen sailor combining a mixture of cruising and racing largely from the Solent, and has used his yacht to represent the Drapers in the cruising class of the Great 12 inter-livery sailing competition.